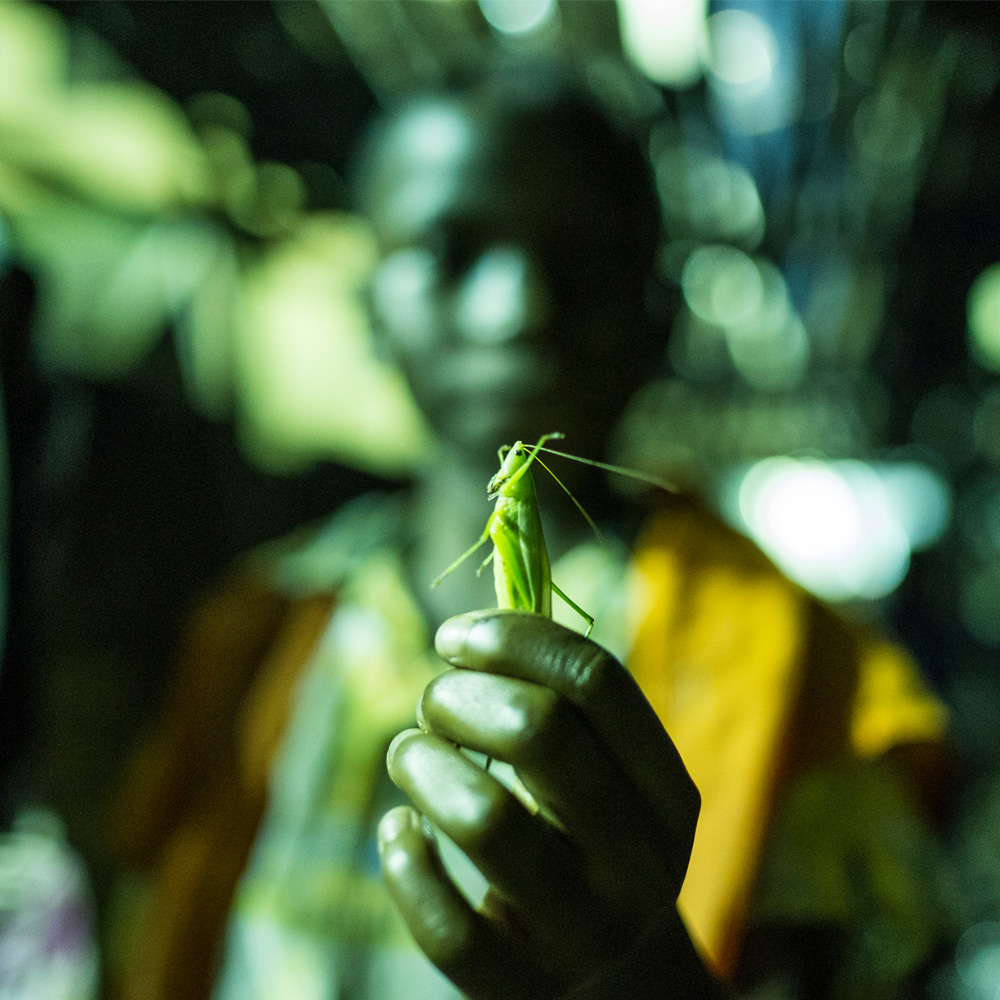 During its rainy season, Kampala, the Ugandan capital, takes on an eery lunar air. Swarms of grasshoppers, nsenene as they are called in Luganda, invade the muddy streets. Broad zinc panels are loosely strung together along the roadsides and close-knit backyards of small homesteads giving the town the appearance of being turned into an aircraft. Settling into wide metal drums once the sun sets, high sections of sheet metal form outdoor cages where the insects scurry in. The currents which power the large green bulbs are connected illegally to the cities already extremely precarious electrical system. Blinded, the grasshopper-hunters don their sunglasses despite the dark of night. Thick smoke emanating from small fires bewilder the nsenene, stunning them mid-flight. From the thousands, millions which swirl about the sky, they are plucked alive by these skilled hunters used to passing their nights outside amidst the cages. A couple of pinches of salt, a tomato and a pepper: the insects prepared in the early morning, fried or sautéed, are the culinary delicacy preferred by Ugandans. Here in Uganda, a kingdom of insects, the nsenene are queens. 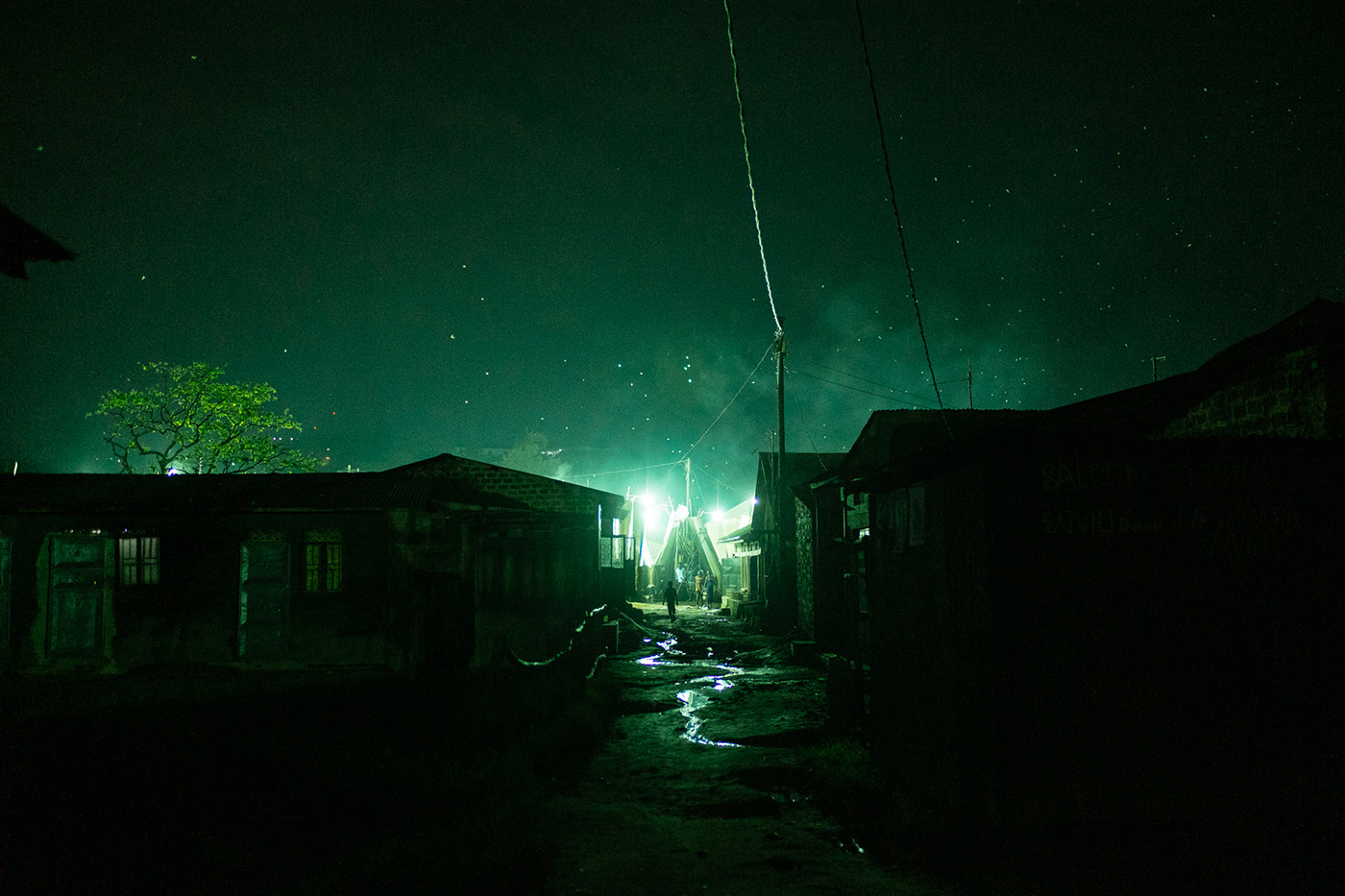 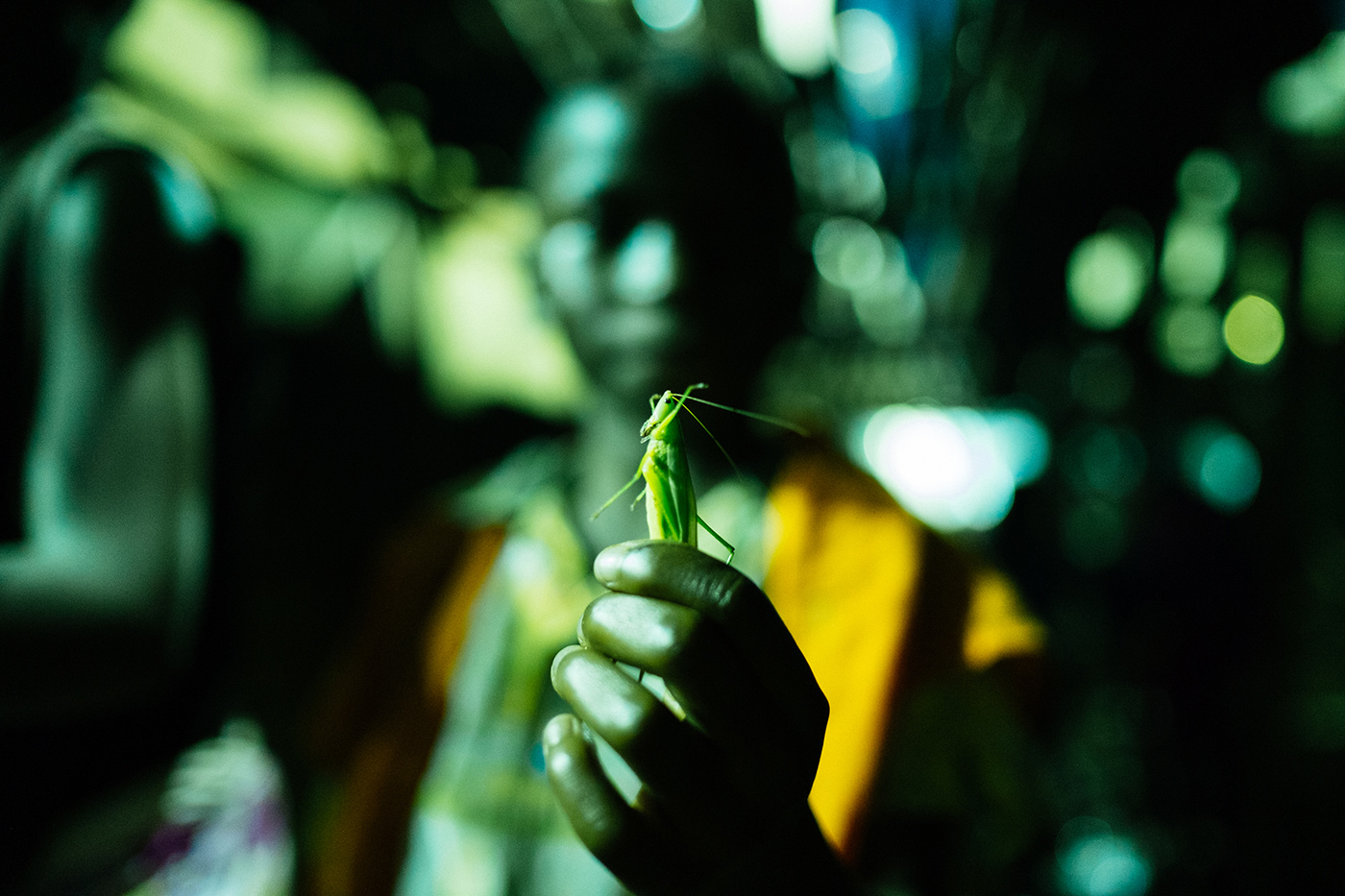 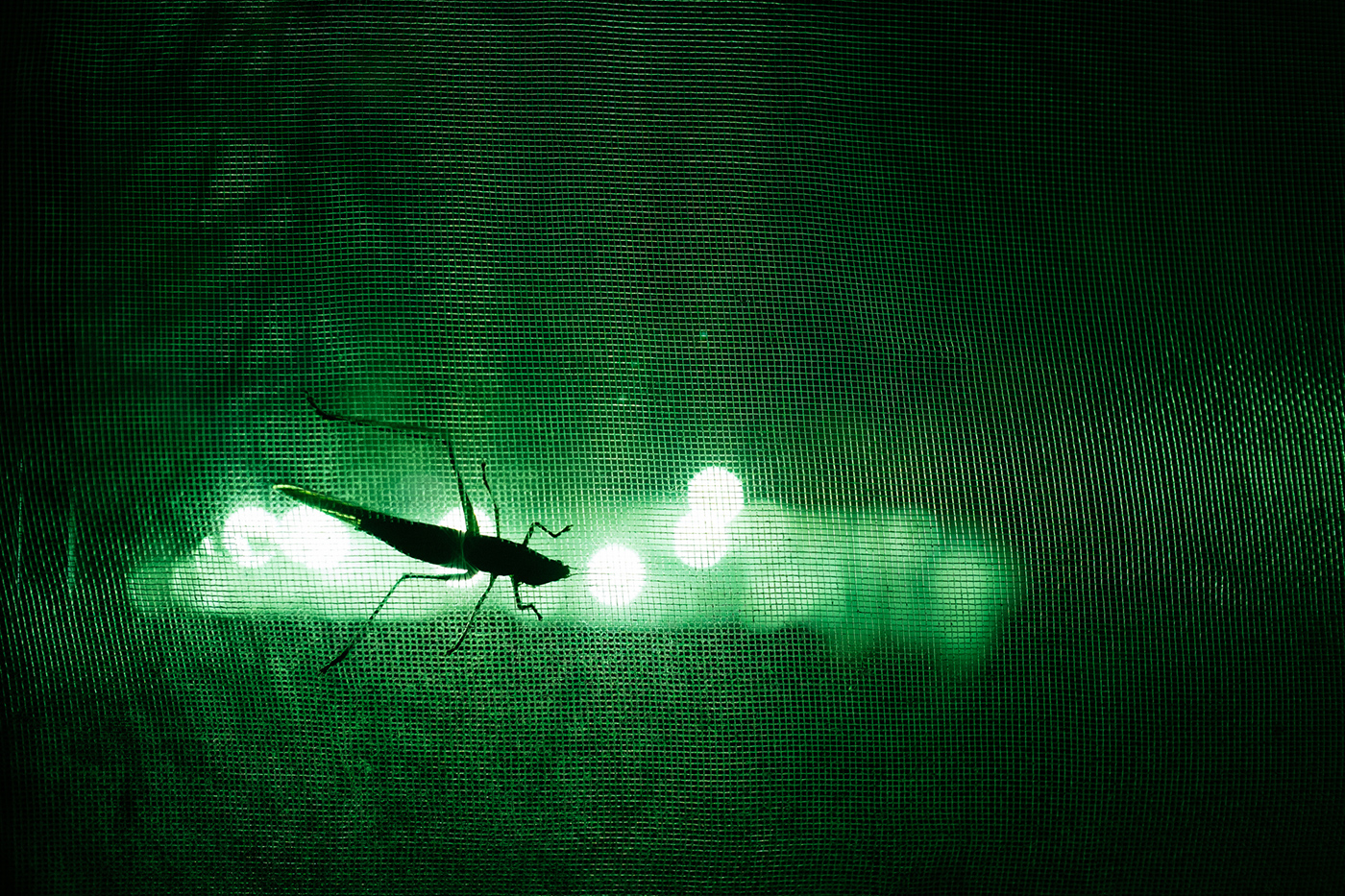 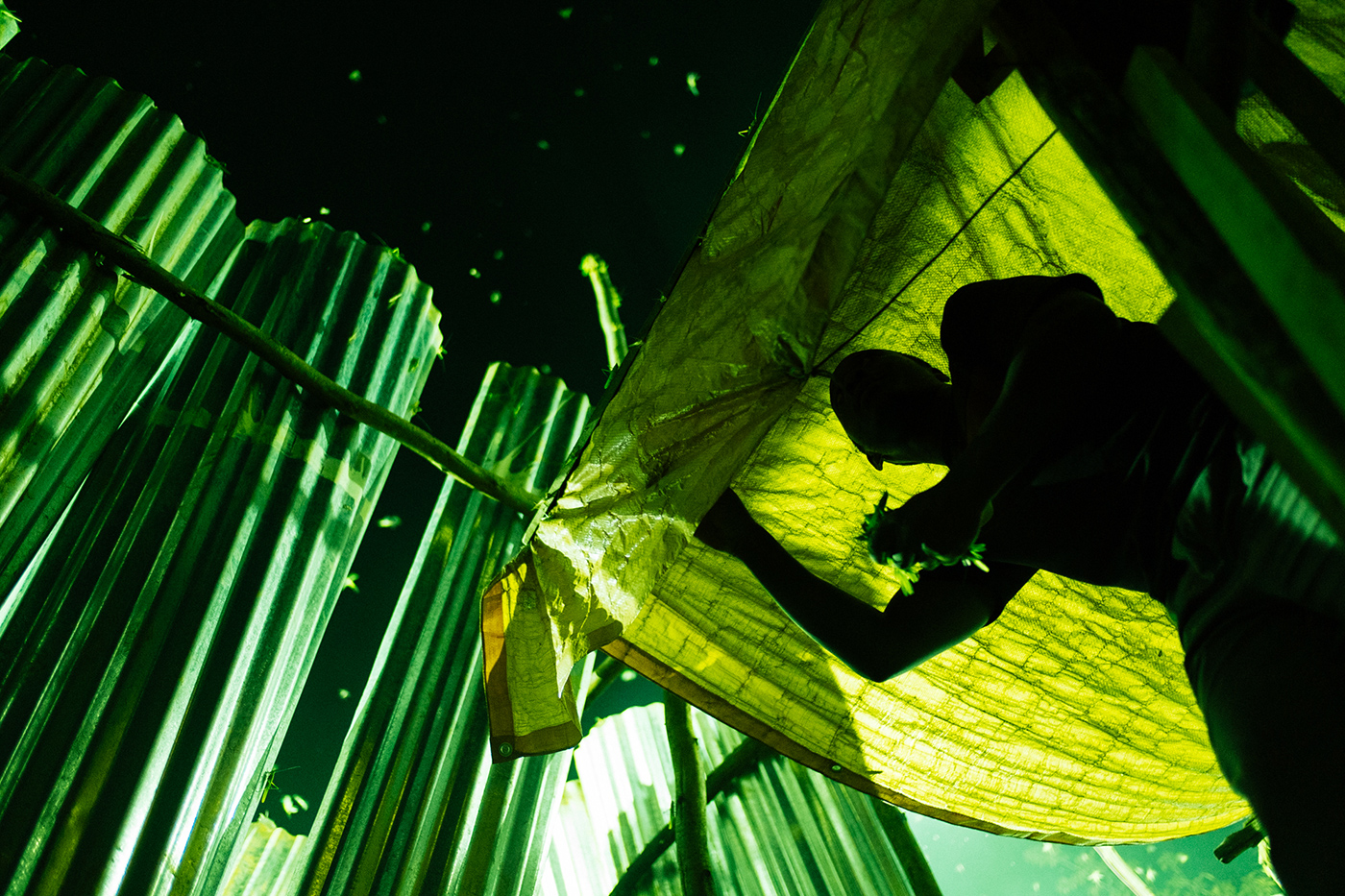 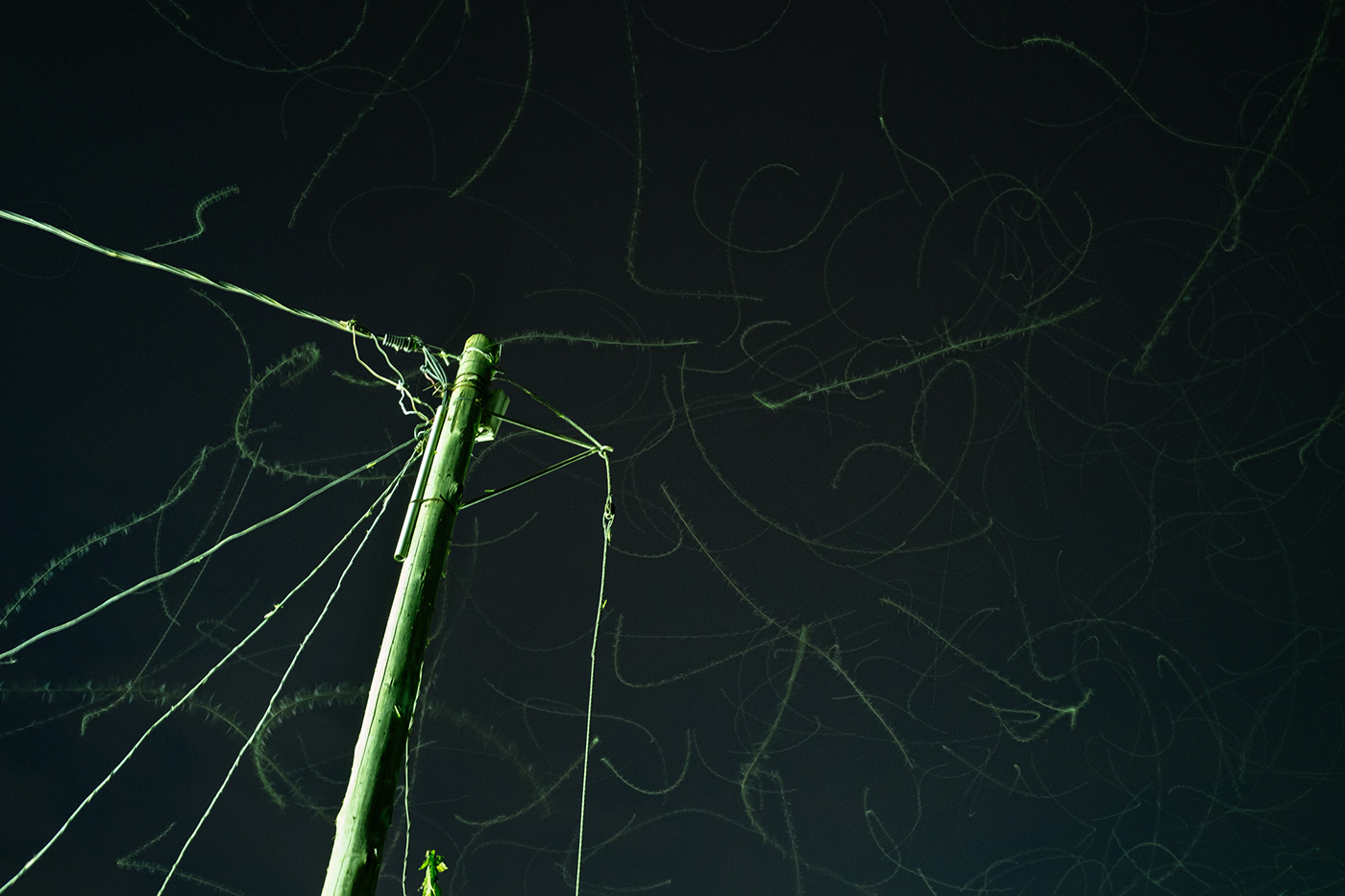 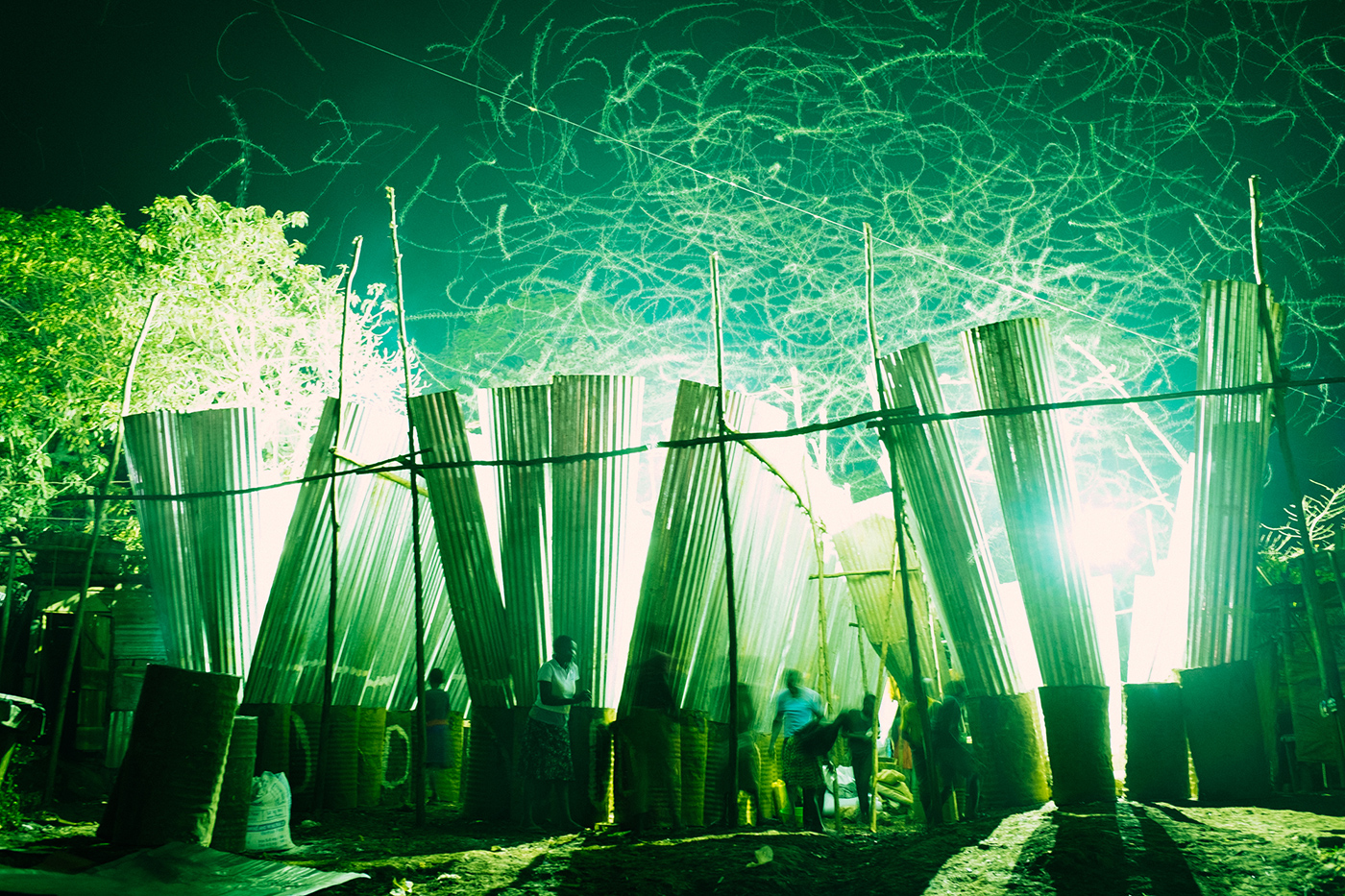 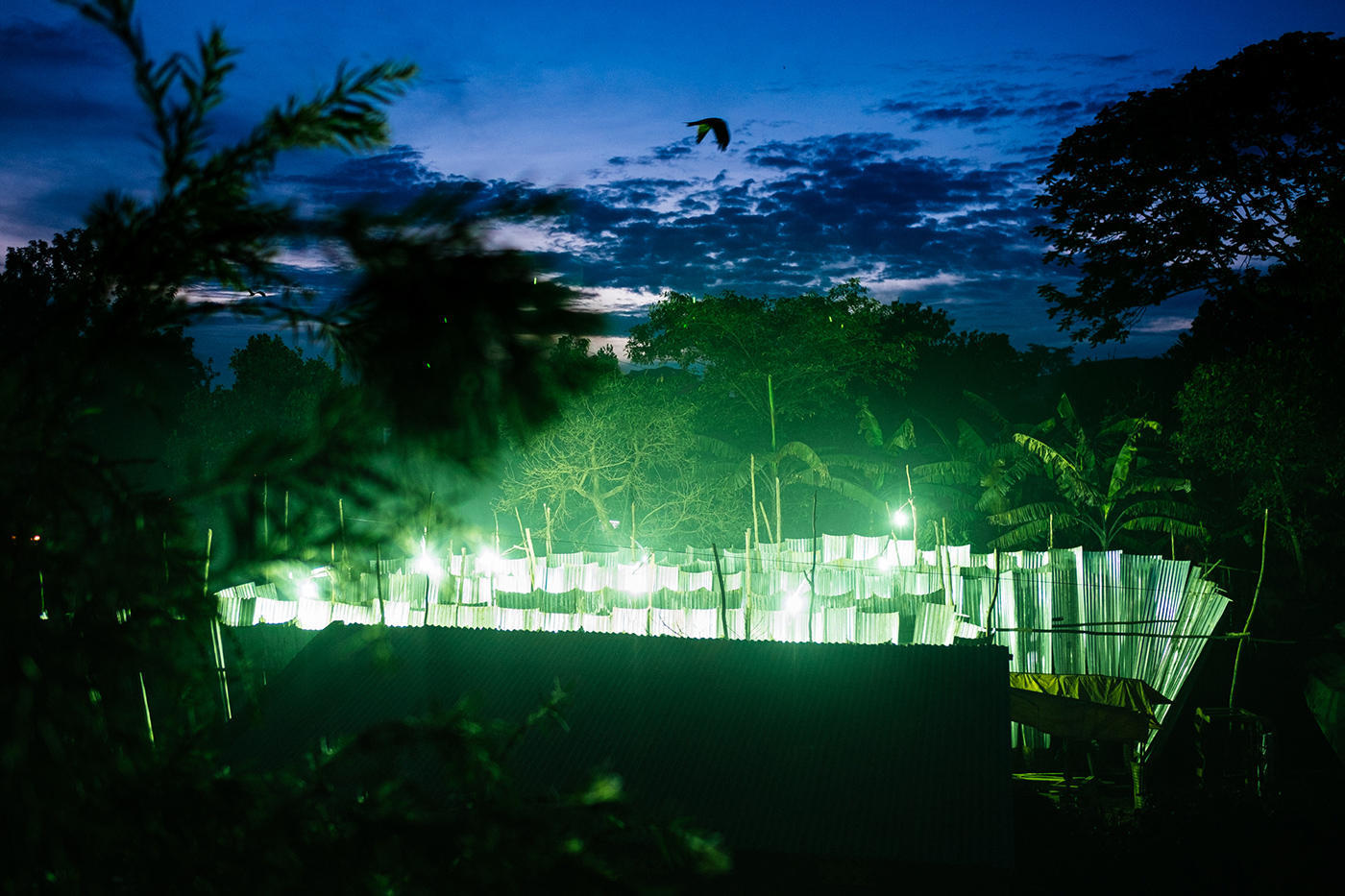 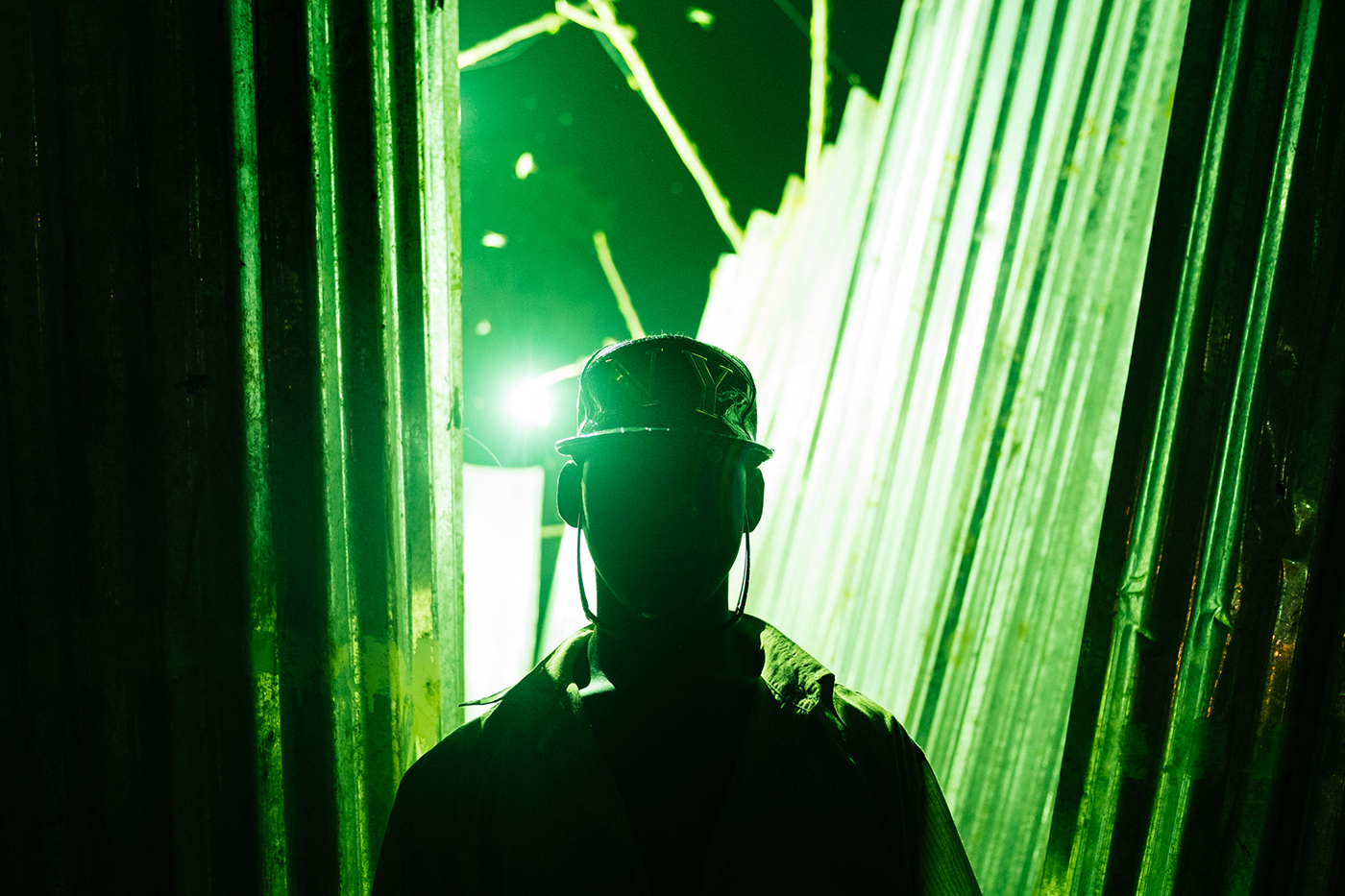 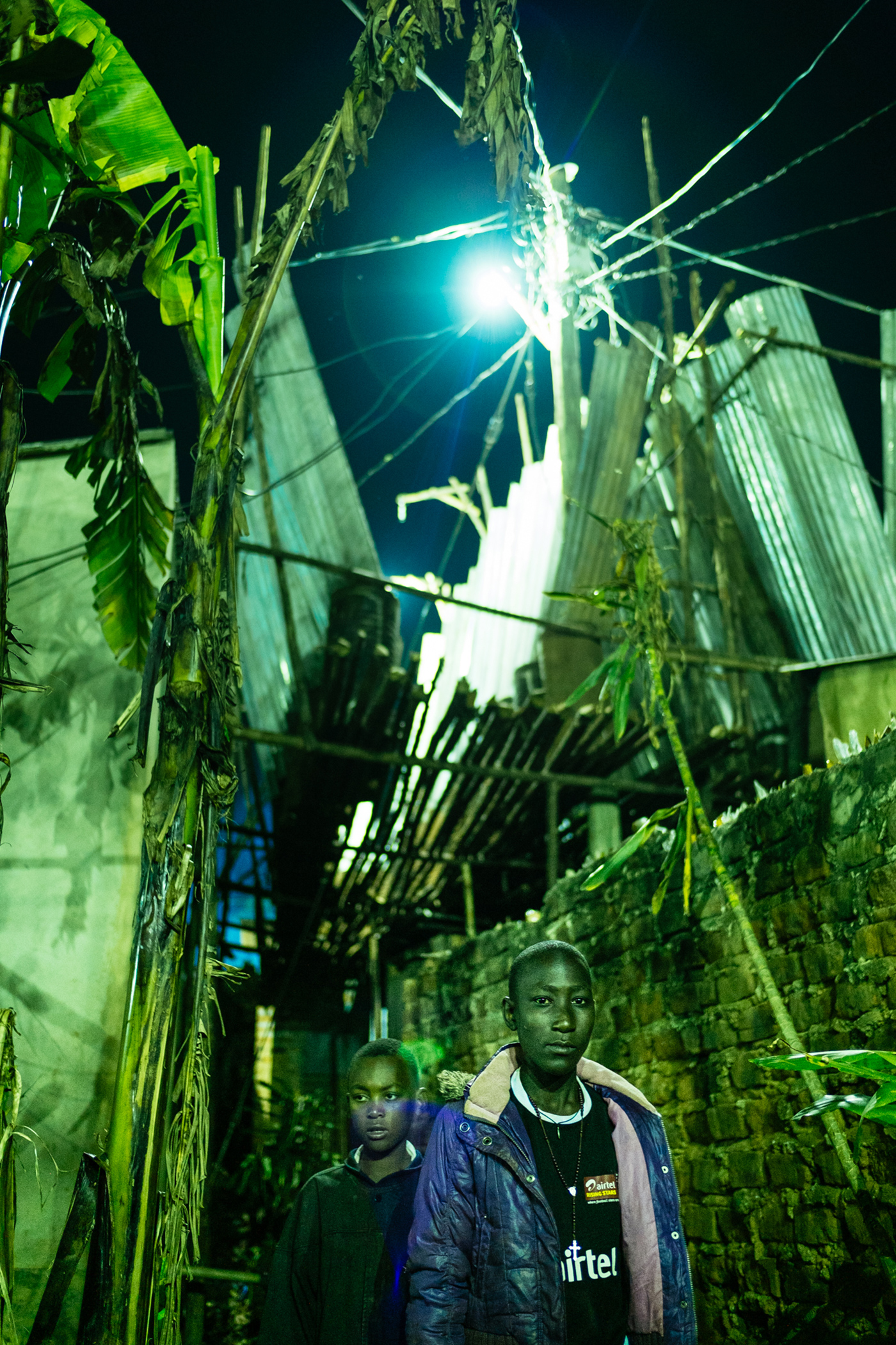 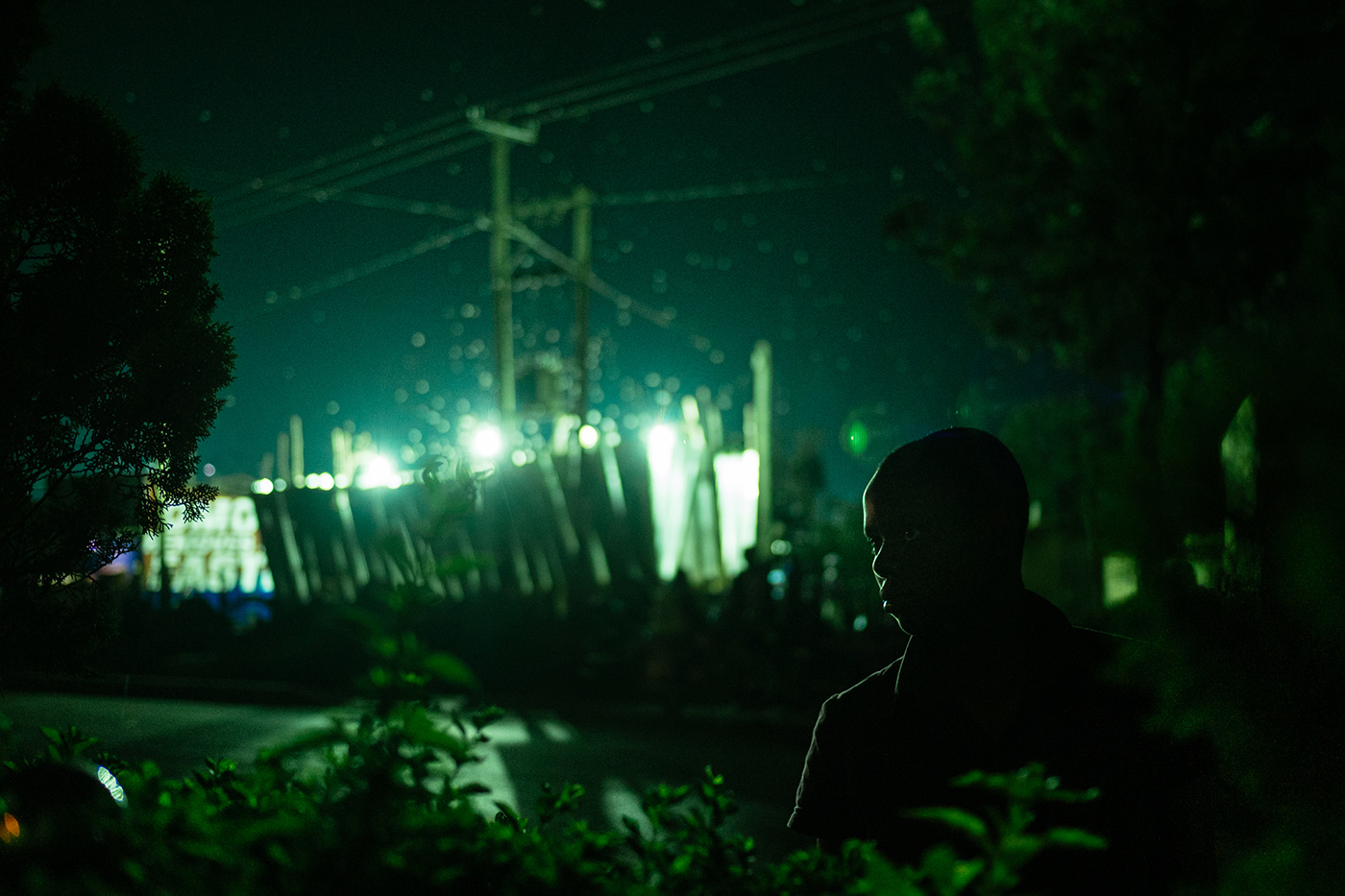