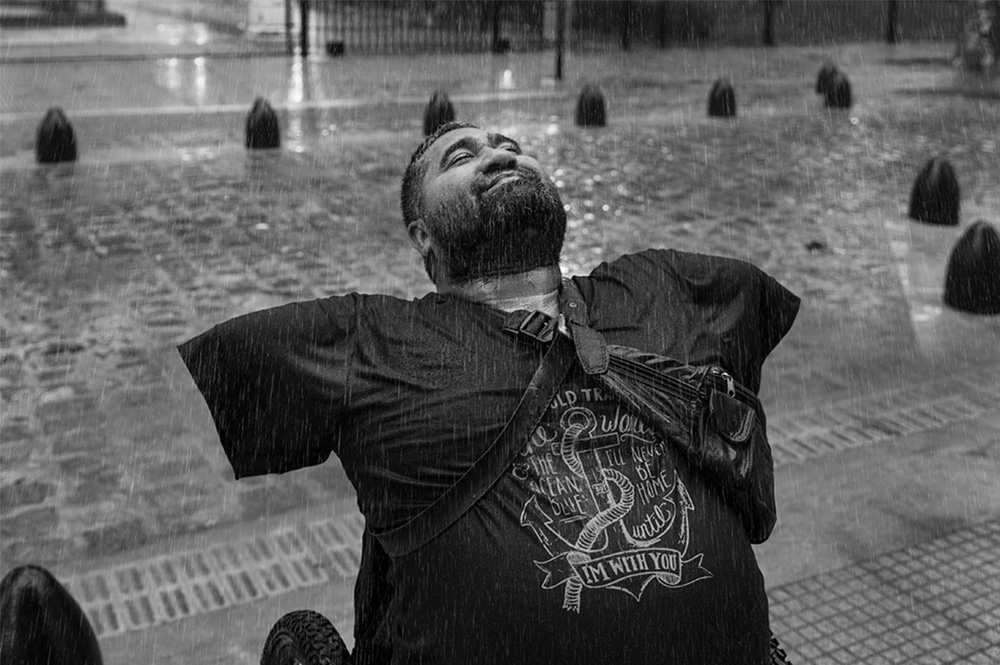 Oblivion can become a silent weapon of contempt and discrimination. All human beings needs a bonds of love and support to develop in a healthy way. However, society has often shown that stigma, prejudice and disregard are the most common ways to make a person with a disability became invisible. Jorge was born 37 years ago with a congenital malformation affecting both his upper and lower limbs. He also suffers pterygium in both eyes invading his cornea, an ocular pathological condition that worsened severely due to the lack of specialized treatments. With only a few weeks of life both the doctor who brought him to the world and his own family environment, they told his mother that it was better if he let the child die because he would still be unable to survive in this world by himself given his condition. One year before his birth, her mother had a serious infection and was treated with a thalidomide-based drug without any type of pharmacovigilance sanitary control. Jorge has an incredible life force and his desire to live was so powerful that he persevered despite the circumstances. He is married to Vero. She has mielomeningocele, which affects her ability to walk and had to endure several surgeries to keep her spine erect. They fell in love 8 years ago and decided to start a family. They have a little five-year-old daughter named Ángeles. The bonds of love, unconditional support, accepting each other, and tolerance are the pillars that allow them to stay strong and keep going. Sadly and unfairly they seem invisible to social services. They receive very little economic support from the Argentine state. My documentary photographic project seeks to highlight the reparative force of desire and the bonds of love beyond the social and aberrant injustices that threaten life itself. This project also seeks to break with the preconceived ideas and disapproving looks of many sectors of society called « normal » about the possibility of a person with a disability to develop a full and complete life in all its aspects, perhaps seeking to illuminate from the simplicity and authenticity of human relations, that which belongs to the order of the elemental so that our society is constituted in equality of rights. 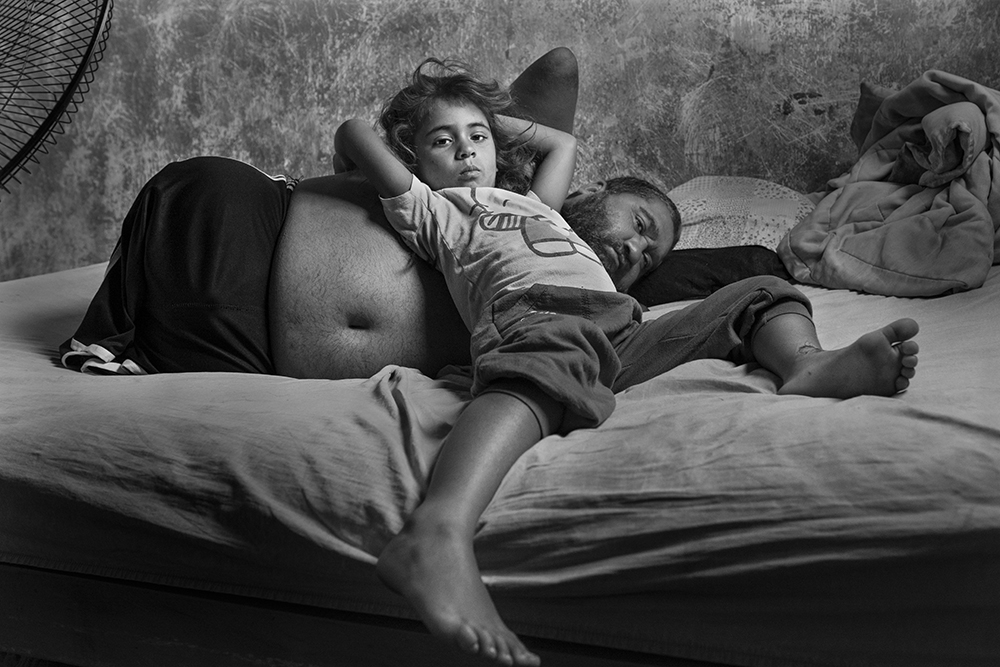 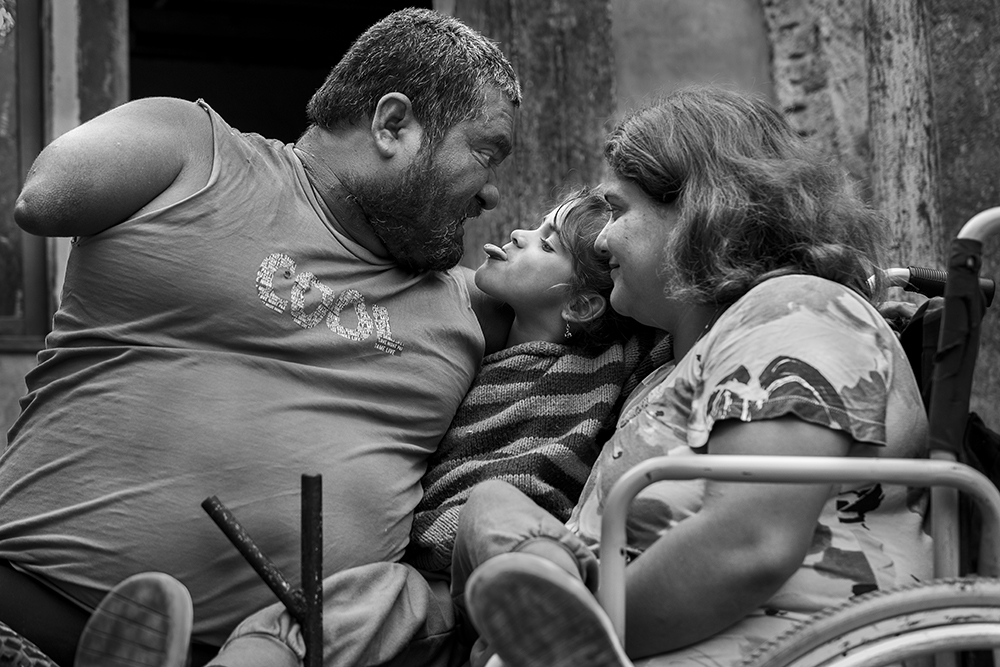 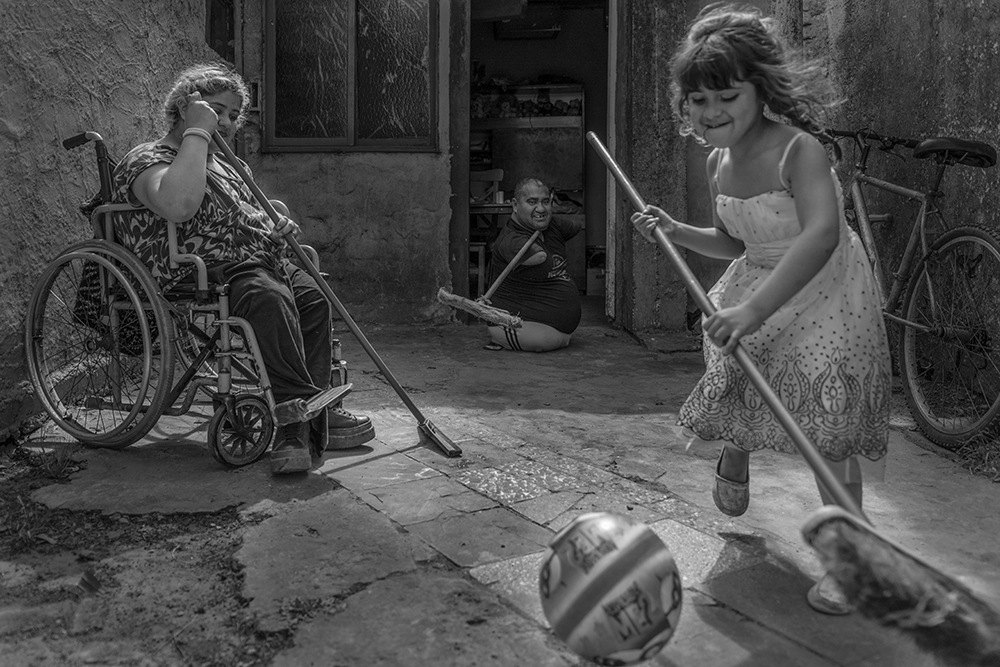 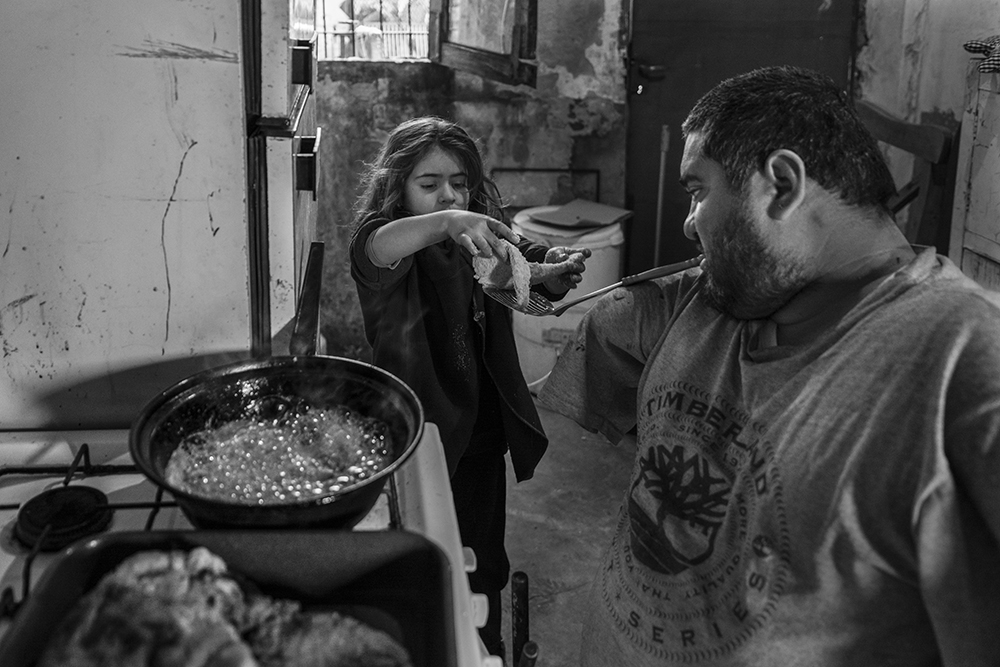 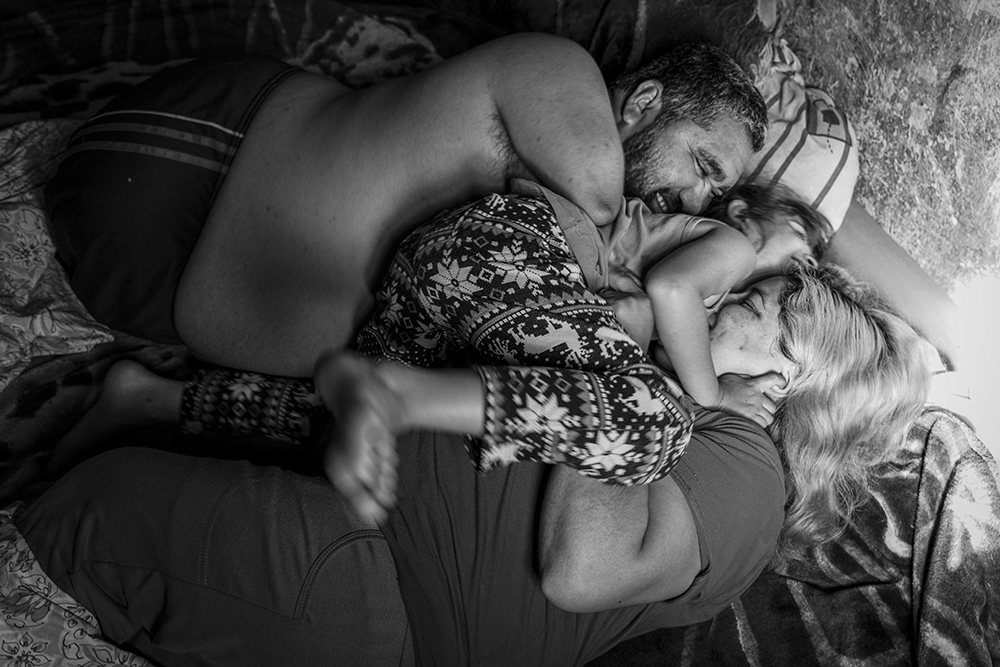 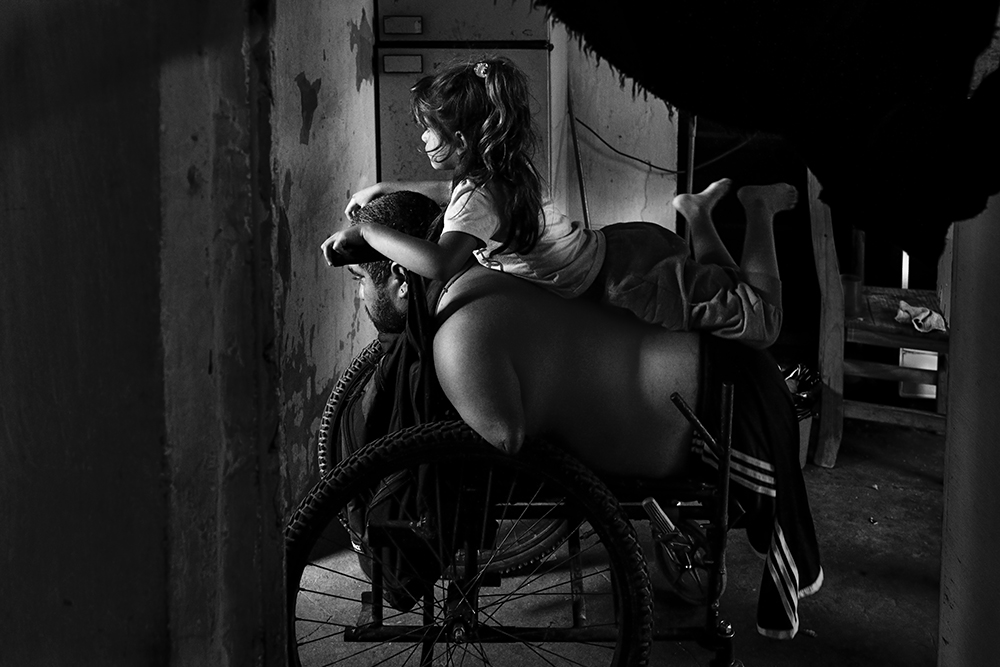 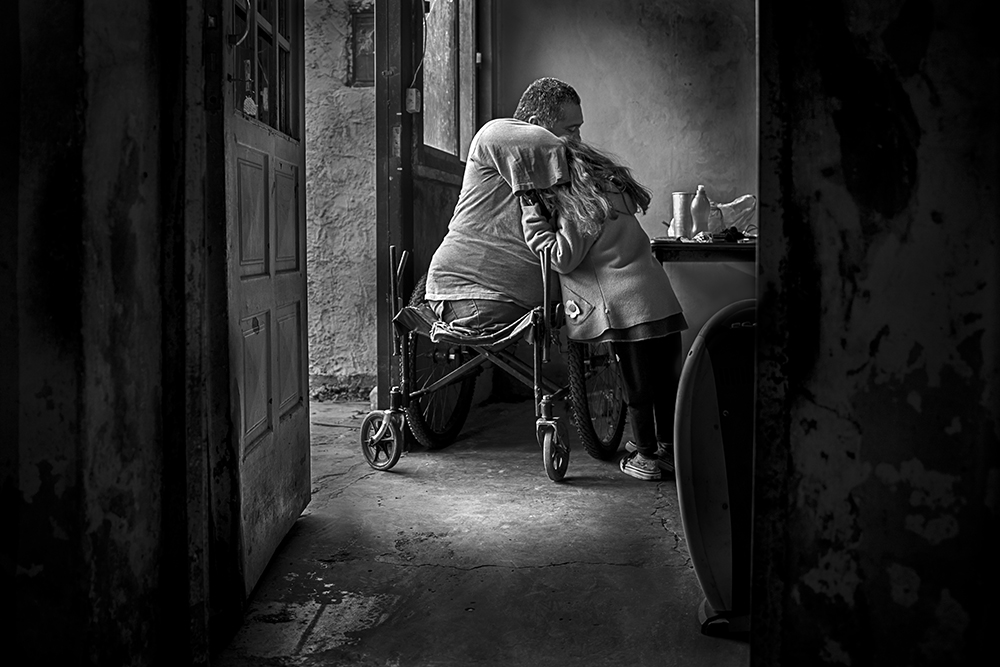 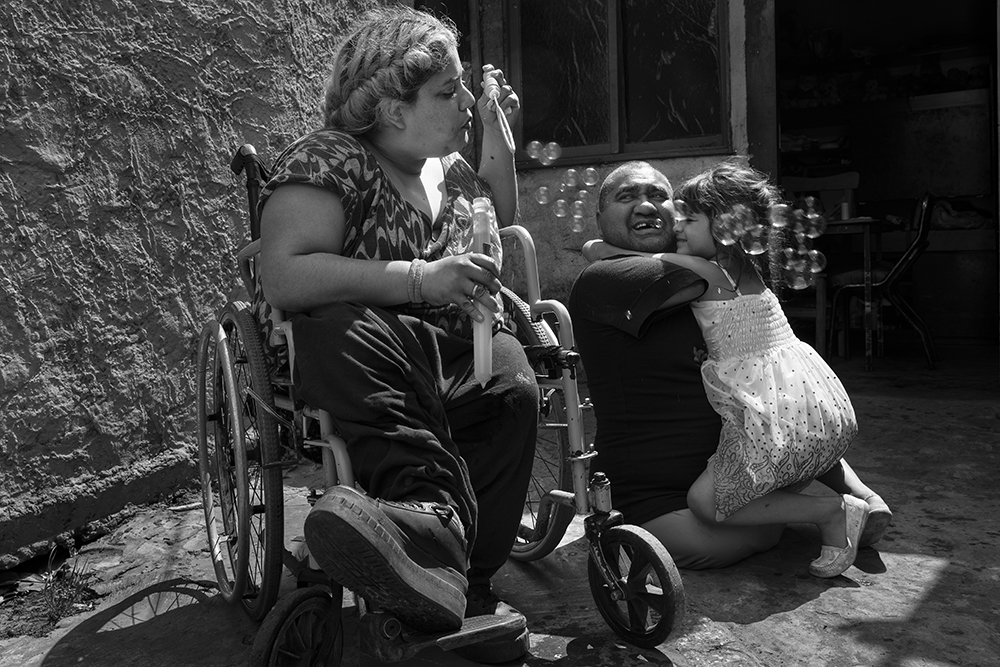 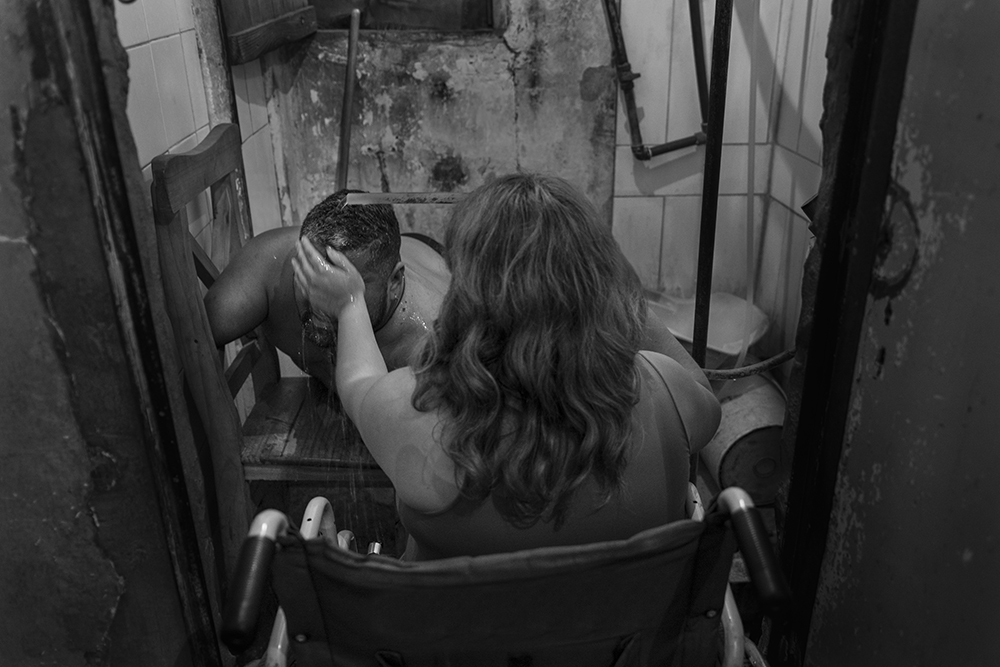 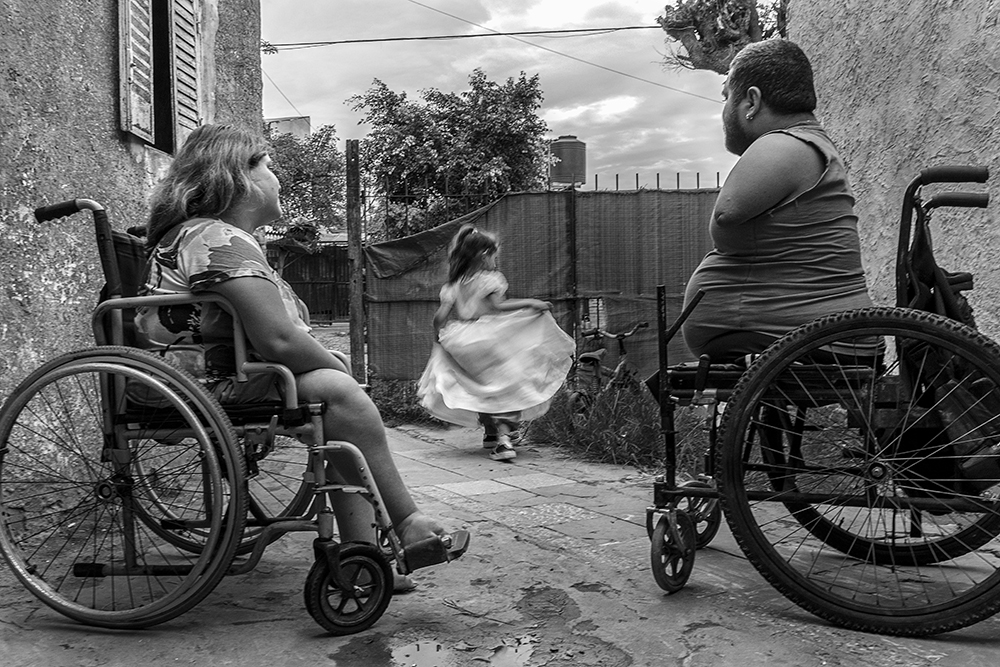